Last week we featured actress Deepika Padukone in our Bollywood Hollywood style special with beautiful illustrations by Cuckoo for Colour fashion illustrator Aparna. This week we put the spotlight on the charming & talented Priyanka Chopra. Her rise to fame began in 2000 when she won the Miss World 2000 pageant at the tender age of 18. In 2003 she made her Bollywood acting debut in the film The Hero: Love Story of a Spy. Her big breakthrough came after she starred in the film Aitraaz.

In 2008 Priyanka showed India she was more than just a pretty face when she starred in the critically acclaimed drama film Fashion in which she played a troubled model. In 2012 she received more praise from the critics when she played a woman with autism in the film Barfi! alongside Ranbir Kapoor and in 2014 she portrayed boxer Mary Kom in a biographical film about the five time world boxing champion and Olympic bronze medalist. She received months of boxing training to be able to pull of this roll. In the film Bajirao Mastani (2015) Priyanka (as a supporting actress) managed to ‘steal’ the spotlight from her co-stars (and leading actors) Ranveer Singh and Deepika Padukone with her great performance. She has won several awards for this role.

Priyanka is a huge star in Bollywood and is now charming us with her bubbly character and breath-taking looks in Hollywood. She signed a talent deal with ABC Studios and plays Alex Parrish, a FBI Academy recruit, in the thriller series Quantico, which is in its second series at the moment. Priyanka also appears in the remake of Baywatch opposite Dwayne ‘The Rock’ Johnson and Zac Efron.

Next to acting Chopra is also known for her ability to sing. In 2012/13 she released songs with international artists Will.I.Am and Pitbull. The actress is also an active philanthropist supporting various causes. She has worked with UNICEF since 2006 and has her own foundation focused on health and education of unprivileged children and young girls. She also supports several environmental causes.

We can’t wait to see what this multi-talented lady is up to next in Hollywood and/or Bollywood!

Whenever we browse the best-dressed list of known Award show red-carpets, there is always a mention/picture of Priyanka sparkling in the finest couture gowns. Aparna illustrated two of her favorite looks:

Hollywood – The Emmy Awards 2016: Miss Chopra wore a red, one-shoulder gown by Jason Wu. The day after everyone spoke about her on-stage twirl with actor Tom Hiddleston. She really stole the show! 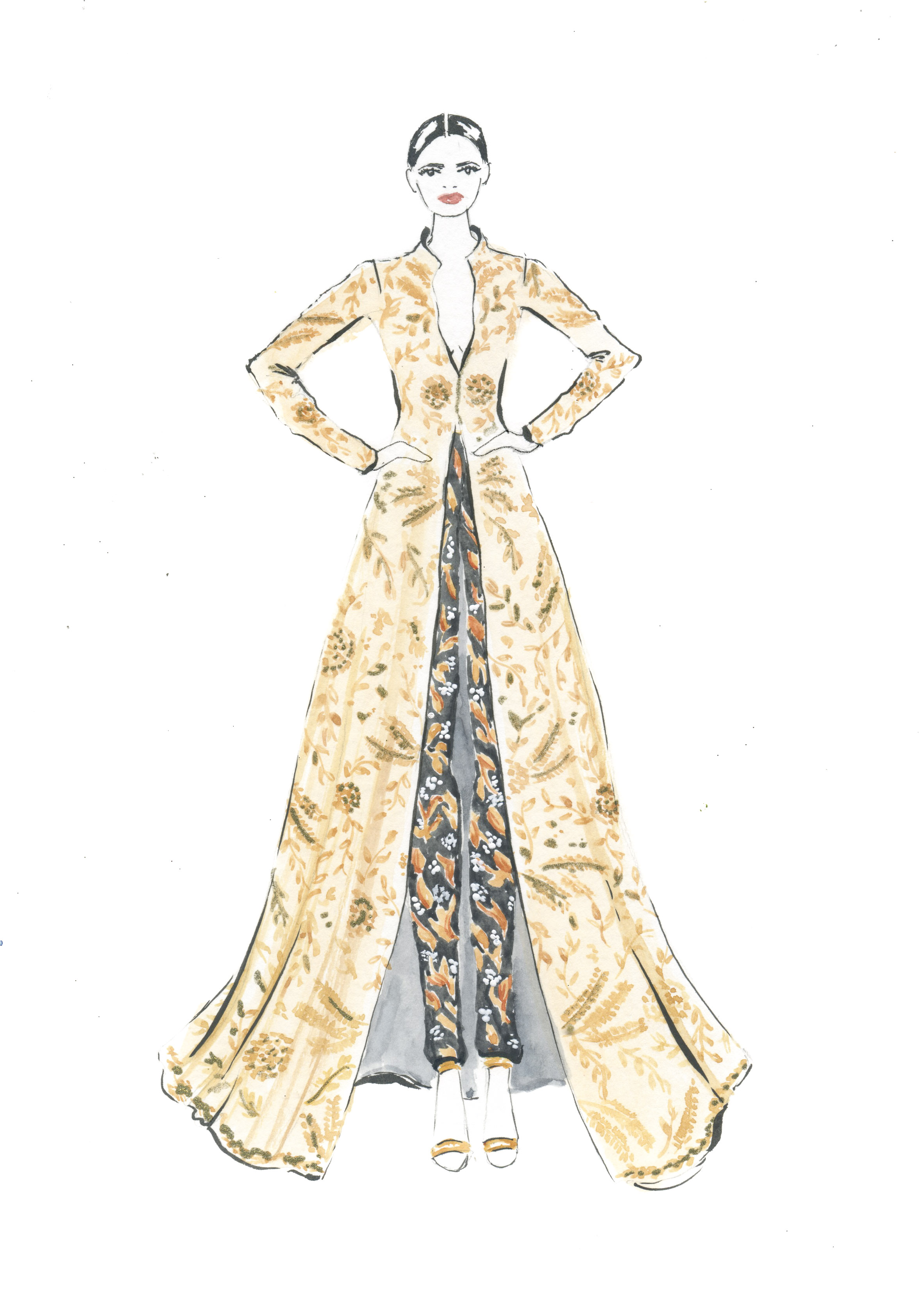 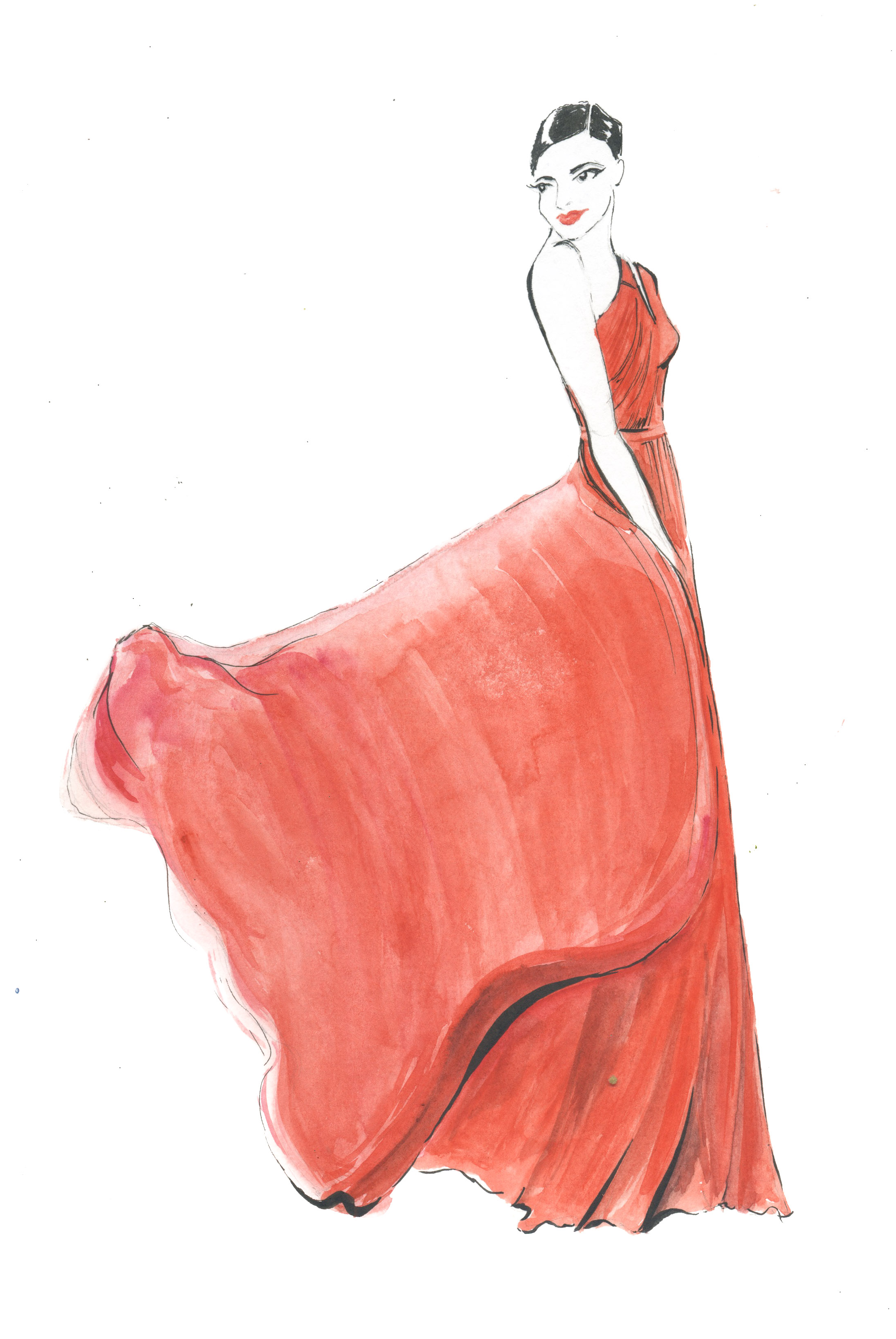